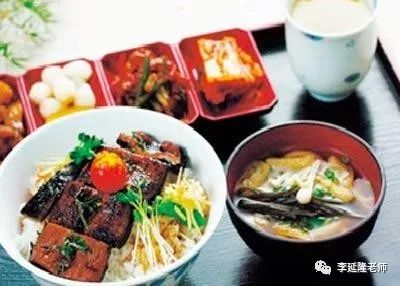 Why does Keiko think that courses in American are difficult?

Is there anyone in America who will do the final dividing work?

Maybe some communities divide the trash in the end, but mostly they just bury it.

例句：It's a constant struggle to try to keep them up to par.

例句：I do not think I'll ever adapt to this culture.

例句：I keep thinking back to the day I arrived here.

例句：I have to work hard to catch up with the other students.

例句：The job is great in terms of salary, but it has its disadvantages.

Todd: Hey, Keiko, you lived in The States for five years, right?

Todd: When you were there, what did you miss about Japan — like what foods or TV shows or stuff like that?

Todd: Now did you cook Japanese food in the states?

Keiko: I lived with parents and my parents and my mom tried to cook as much but obviously it's hard to get those Japanese foods, ingredients in the states. It was pretty difficult at that time and it was also quite expensive, when you could get it.

Keiko: So, we didn't have it so often or everyday so I missed it.

Todd: Now what did you think of the Japanese restaurants in America? Were they up to par or? You can be honest.

Keiko: Yeah, it was kind of strange at that time because they came in a very un-Japanese looking dish, and you know, the taste was, it's very quite similar to authentic but it's not quite authentic.

Keiko: It was very close but still it wasn't the authentic Japanese.

Todd: Now was there anything else you missed, like was there television shows or music or radio stations, things like that?

Keiko: Actually, I didn't think about these things when I moved because I was kind of forced to be adapted to American culture, so I didn't have, almost I didn't have time to really think back,"Oh, I miss this, I miss that" but I wanted to catch up with my friends in American school, I tried to watch TV shows in the states and I tried to talk to my American friends about that, so no, not in terms of TV and radio.

Todd: OK. Now, actually, what grades were you in school? What level?

Keiko: I moved to the states when I was 13, so the end of my junior high school first grade in Japan, so I moved into almost the beginning of the seventh grade in The States.

Todd: And then you graduated high school?

Keiko: And then I graduated high school.

Todd: Man, that must have been something.

Keiko: Actually, it's a good question because I get that asked all the time but I don't think it's true because I think what's hard in Japan is I think the school in Japan is not so hard but you have to study for the entrance exam for university. That's more difficult, but in The States I found it difficult. I mean the school was actually quite difficult because we have, every day we have a homework from all the subjects. We have every chapter test every week from all the subjects and every homework and every little test you do in the states, it counts when you want to get into university so every day you have to work hard, whereas in Japan you don't even have to go to school. I mean you could just go to the certain amount of days to school and you can still graduate but then you just have to do really well on the entrance exam for university, so I think that's a big difference.

Todd: Ok, thanks, thanks, Keiko.